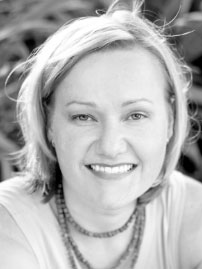 Objectives:
Gemcitabine is a pyrimidine analog, which kills cells that are undergoing DNA synthesis in S –Phase. Gemcitabine is indicated for first-line treatment of locally advanced or metastatic adenocarcinoma of the pancreas. Generally it is a well-tolerated drug with a good safety profile in solid tumours. The most common side effects are haematological toxicity with a low incidence of neutropaenic sepsis. Raise in transaminases can seldom occur. Nausea and vomiting are also mild. Pulmonary toxicity is extremely rare. Dyspnea occurs in approximately 25% and serious pulmonary toxicities approximately 0.3%. Literature is also rare but it is recognised as a serious and life threatening toxicity if it does occur. This is a case presentation of a 75 year old patient with severe, late onset gemcitabine associated pneumonitis. The importance of awareness and recognition of this unusual toixicity.

Results:
The pateint, with stage 4 pancreatic cancer with liver metastases, presented with non-specific symptoms of headaches, confusion no overt pulmonary symptoms This occurred after receiving 5 cycles of gemcitabine, for which she was clinically responding. She was admitted for investigation and workup. It was found that she had low saturation and a CT showed widespread bilateral ground glass infiltrates in keeping with a picture of pneumonitis. She was treated with oxygen therapy and oral steroid therapy and cessation of gemcitabine therapy. Her symptoms resloved, and unfortunately died from progression of disease from pancreatic cancer.